Black Sun occult symbol The term Black Sun (German Schwarze Sonne), also referred to as the Sonnenrad (German for “Sun Wheel”), is a symbol of esoteric and occult significance. Its design is based on a sun wheel mosaic incorporated into a floor of Wewelsburg Castle.
Black Sun or Schwarze Sonne Symbol is of the highest interest in many important historical events. It goes back into the Middle Ages, when the foretype of the modern symbol was used by the hermeticists and alchemists. The concept of the modern Black Sun or Schwarze Sonne Symbol can be seen in the book “The Secret Doctrine” published in 1988.
Symbol was popular among Scandinavian people as well as among some Slavs.
The number twelve also has relevance within Norse mythology. There are twelve Aesir gods, for example. Important groups of twelve can be found in other cultures as well, such as the twelve Olympic gods in Greek mythology and the twelve disciples who followed Jesus. 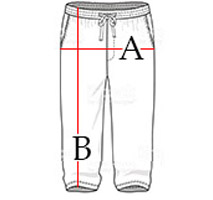