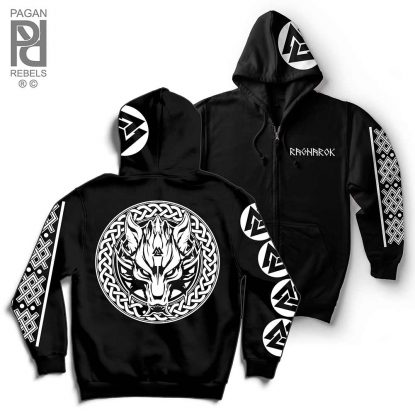 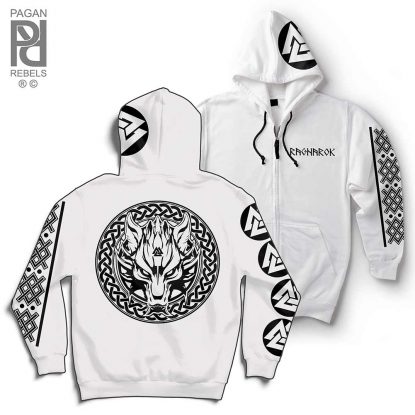 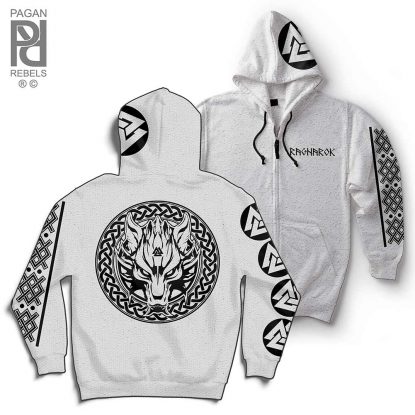 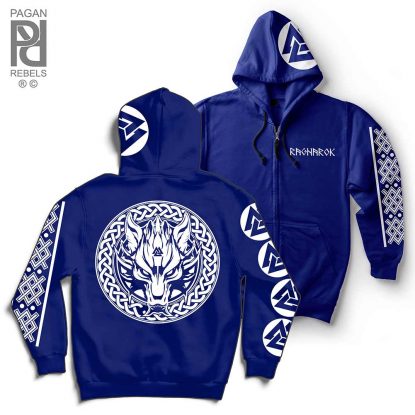 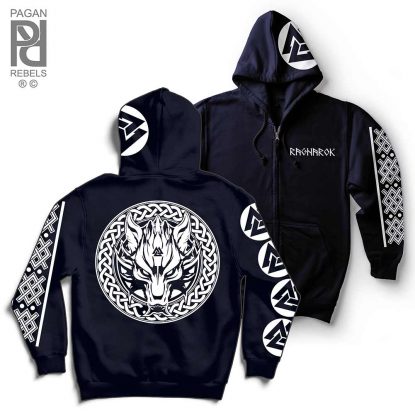 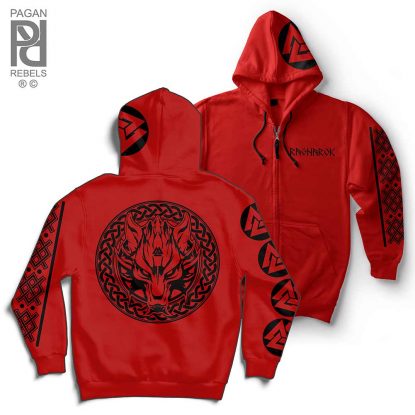 Fenrir is a giant wolf in Norse mythology. Other names for him include Hróðvitnir (“fame-wolf”), Fenrisúlfr (“Fenris wolf”), Vánagandr (“Monster of the Van river”) and Fenris. Fenrir is the son of Loki and Angrboda and the brother of Jörmungandr (the Midgard Serpent) and Hel. He is the father of Skoll and Hati (who are surnamed Hroðvitnisson), who will chase the sun and moon respectively until Ragnarök, when they will catch up to and devour their targets.

He is forever growing and most chains cannot hold him. He was invited to Asgard and was chained there multiple times, but broke them off with a simple shake. In the end, the gods went to the dwarves for their help. They made a rope called Gleipnir, containing the roots of a mountain, the breath of a fish, the sound of a cat’s footfall, the sinews of a bear, the beard of a woman and the spittle of a bird, all of which were impossible items to obtain.

This weak-looking rope was offered to Fenrir and, suspecting it to be a trick, he asked for a god to place his arm in the wolf’s mouth. The God of Courage, Týr, volunteered. When Fenrir was bound, he couldn’t shake off the chain and bit off Týr’s hand in revenge. He will remain bound until Ragnarök, the doom of the gods, where Sköll will kill Sól, the sun goddess (who will be replaced by her daughter) and Hati will kill Mani (to be replaced by his child), and Fenrir himself will battle Odin and devour him. Odin’s son Víðarr will avenge his father by ripping apart the wolf’s jaws.